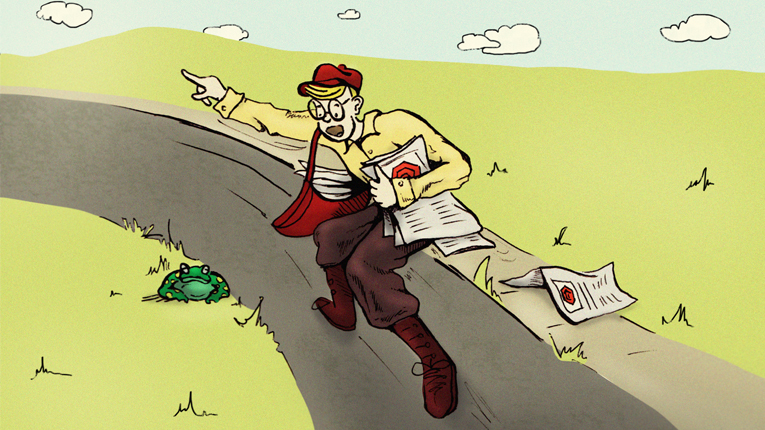 A new approach to promoting communities and the businesses within it

June 18, 2014 (Denton, TX) – Square 205, the leading branding and interactive agency in Denton, TX, announced today the completion of Project Denton – a community of stories. Project Denton was conceived by Paul Echols, President and Owner of Square 205, to bring attention to some of the unique entrepreneurial businesses in Denton. “Denton is a great incubator of talent – and not just musical talent, but also business talent,” says Echols. “One of the reasons we choose to be headquartered in Denton is the unique vibe and the breadth of talent available in this city. Sometimes people outside of Denton don’t realize all that this city has to offer, so to help showcase some of that entrepreneurial talent, we created Project Denton.”

Joey McClellan and McKenzie Smith from the band Midlake – which was formed here in Denton – decided they wanted to create a different kind of recording atmosphere. They wanted to create a comfortable spot where musicians would say, “I can work in this environment.” McKenzie had just bought a house with his wife, which had a small workshop located behind the house, and the guys decided to turn the workshop into a recording studio. So, in September of 2012 after lots of sweat and manual labor, they launched Redwood Studios, with the desire of helping musicians get the most honest delivery in the shortest amount of time. Since then they have done recordings for numerous musicians, including some Denton originals such as Sara Jaffe and the band Chambers. “For us this was a great starting point,” says Joey McClellan, “but we always want more. So, we will be adding some more gear and expanding our ability to house musicians onsite. It’s a work in progress, but we’re very happy to be here in Denton, helping new talent get started and existing talent find that extra something they’ve been looking for.”

Creating a Community of Crafters

You never know where inspiration will come from, and for Shelly Christner, it all started with a cup of coffee. Her daughter came home from an area coffee shop where she had purchased a leather purse. Shelly was so impressed with the quality of the purse that she had to meet its creator. She and Rachel met over a cup of coffee, and the Dime Store was born. But the Dime Store is not your grandma’s dime store. While it is an eclectic mix of handmade goods from local makers, it’s so much more than that. “We wanted to create more than just a space to sell handmade goods,” says Rachel Aughtry, co-owner and fellow maker. “Being an entrepreneur can be very lonely at times, so we wanted to create a community of makers who encourage and support you. That was very important to us.” Shelly and Rachel strive to make the Dime Store a place for makers to exchange ideas with other makers. As a result, they’ve created a community of makers who can support each other as their businesses thrive and grow.

Doing Good to the Last Drop

Zera – which is the Hebrew word for seed – is an outgrowth of the Denton Freedom House. The Denton Freedom House strives to help area men struggling with drug and alcohol addiction get back on their feet. A part of this process is finding and holding down a job. Not only does it give these men a chance to learn new skills, but it helps them be productive and know that they can be more. Zera is one of the places they can do this. Many of the men going through the Freedom House volunteer their time at Zera and the Back Porch. According to Mark and Bryan, “We take disregarded humanity and help them get a fresh start. While Zera is definitely Christian at its core, we don’t promote it as such. Mostly, we wanted Zera to be a light and a blessing for Denton.”

Recognizing the Strength of Your Roots

Square 205 hopes that other communities and companies will see what they have done with Project Denton and want to apply a similar approach to telling their story. But for Square 205, Project Denton is much more than that. Project Denton is an opportunity to highlight that quirky, offbeat entrepreneurial spirit that is so much a part of Denton. It’s a way to give back to a community that has given so much to them. For Square 205, giving back to the community is an important part of their company values. They are involved in numerous community and charitable campaigns. One of the questions that Echols often gets is, “Why are you located in Denton? You could make so much more if you were in Dallas.” While Echols concedes that it might be easier to make more if he were based in Dallas, he plans to keep the company’s headquarters located right here in his hometown. “We have plans to grow Square 205 and have multiple locations across the country. But I can’t see us ever leaving Denton. Denton is part of our DNA. There is a certain feeling here, a certain vibe, which you just don’t get anywhere else. I think that is where part of our creativity and our identity come from. If we were to move our headquarters somewhere else, we wouldn’t be the same company.” To check out the Project Denton stories, go to ProjectDenton.com. For more information about Square 205, please visit Square205.com.